I create very different kinds of mathematical objects, 2d, 3d, virtual, interactive. On this page, I give a brief overview on some of the kinds of objects I have created. 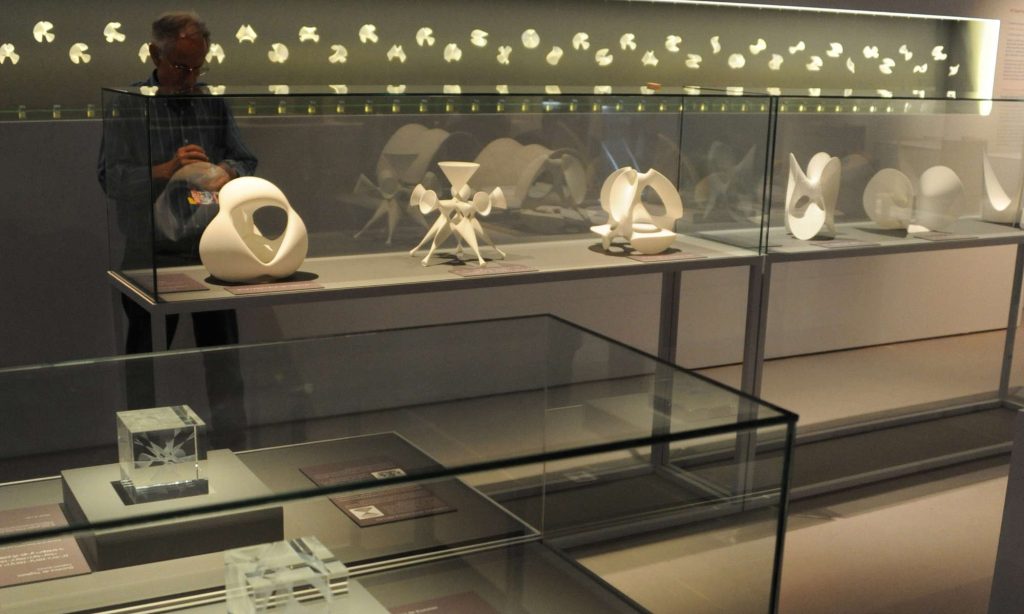 Larger numbers of my sculptures and/or visualizations are part of the permanent collections of the following institutions:

Other institutions who purchased several of my math objects include:

I create highest quality mathematical sculptures. Often, these are produced using 3d-printers such as the three shown in the photo above. My mathematical objects are based on a large number of different mathematical subjects. I always use the best available materials for each particular mathematical object by choosing the perfect producer for each of my objects, both with respect to quality and price.

Laser-in-glass is a perfectly suited technique to create top quality math objects in glass. My mathematical sculptures in glass are based on a large number of different mathematical subjects. I always use the best available materials for each particular mathematical object by choosing the perfect producer for each of my objects, both with respect to quality and price. Laser-in-glass makes a great fit for highly fragile shapes such as the world record surface with many singularities shown above.

Each of my math jewelry is a miniature sculpture on its own. Some of my designs are classics in mathematical design. But on the other hand, you will see that many of my designs are unique worldwide – you will not see anything similar anywhere in the world.

E.g., I designed the first complete series of so-called cubic surface models in 2012 – and for each of them, I can create a very special pendant for you! Just contact me! Some are already available via my online catalogue, see:

The images I create may be used at diverse locations:

Many of my models may be used in teaching at the university level. E.g., our cubic surface models are interesting tools for a more visual algebraic geometry or topology course.

But I have also created quite a few objects which bring a lot of fun even for kids in primary school such as my soap water experimental minimal surface 3d-printed tools.

Other objects are intended for college level, such as the graphs of functions in two variables within a coordinate frame.

Over the years, I created lots of interactive illustrations, mainly for research and/or teaching purposes. I even taught about dynamic geometry software several times at different universities.

From 2014-2016, I was working in the EU project called “MC Squared” (mathematical creativity squared) on the extension and usage of an educational framework for e-learning of mathematics which aims to support creativity both on the side of the author/teacher of math material, and on the side of its user/student/school kid. One of the ideas that extended drastically the opportunities reachable with an acceptable amount of work was “cross-widget-communication”, i.e. communication between widgets of very diverse backgrounds within the system. A brief article on this in German is linked here: article on cross widget communication (2016, with U. Kortenkamp, in German). 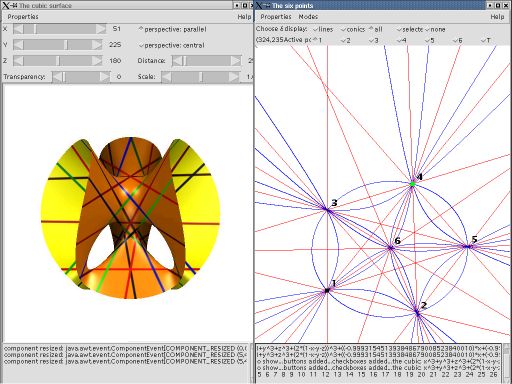